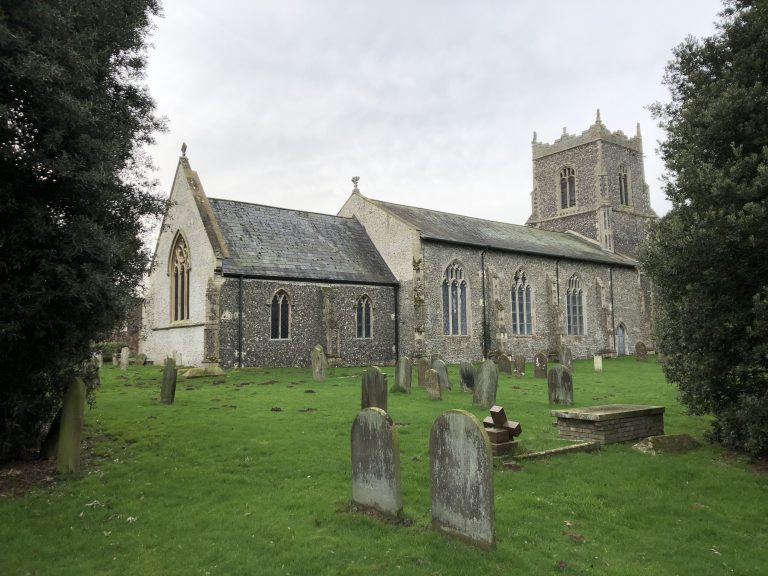 This church building is often locked but a key is available nearby. There will be a notice in the church porch with details of where the key is held.

The church of St Peter and St Paul stands in a prominent position in the centre of the old village of Scarning. It is surrounded by a large churchyard which is open. Construction is mainly of irregular flint with limestone ashlar quoins. The roof is of Welsh slate. The tower is particularly striking with fine flushwork. The earliest surviving fabric is C12 and the chancel is C14. Fragments of stone incorporated into the south wall are believed to come from an earlier building on the site. There is a late medieval seven bay chancel screen with fine tracery. The upper storey of the vestry was once occupied by a curate. The font is C13 with a decorative Jacobean cover. Some of the glass in the chancel is believed to be medieval. The glorious east window by William Wales was restored in 2006. The First Eastern Counties Excel A and B Norwich to Peterborough bus service stops near the church. National cycle Route 13 is also closed by. 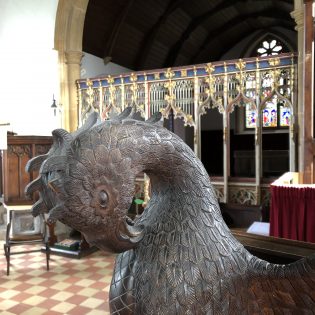 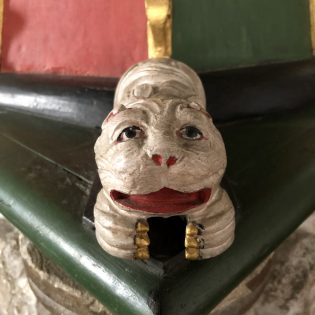 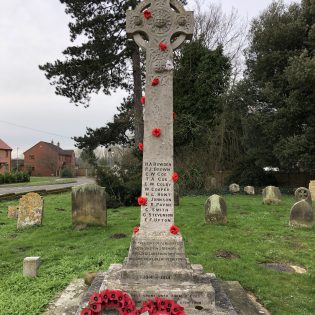 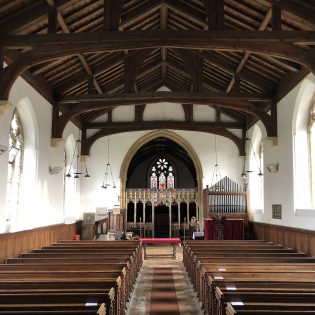 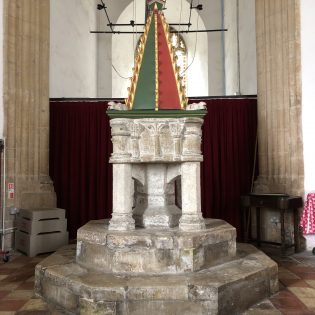